What Should You Know About Prenuptial Agreement

Most probably, you have heard the term prenup a hundred of times already. If you are one of the people who are yet to tie the knot, some have asked you if you will have a prenup. But really, is it as of the same importance with fixing and planning for your wedding venue and catering services?

This article will be your guide on everything you should know about a prenuptial or premarital agreement. What is a prenuptial agreement?

First off, the prenup that we are pertaining to is not the photo shoot – it is the agreement. Prenuptial or premarital agreement (prenup in short) is honored by the law of the Philippines and most, if not all, countries. In the Philippines, it is called as marriage settlement or antenuptial contract.

When we say contract, it is a binding agreement between the parties involved. The parties should have consent or approval to the provisions and clauses of the deal. Of course, if the other side does not sign the said document, it will remain invalid.

In this case, a prenup is a contract that usually revolves around the assets and liabilities of individuals and making it exclusive or giving other conditions. If you are familiar with fundamental laws, all properties of individuals that are getting married will be considered as conjugal property. Meaning, even if you have the most contribution in buying the car but since you named it after the two of you or whatnot, in the event you will be filing separation, the car might not be given entirely to you. Another example is in the fact of your death, your partner and children will get your properties. So what happens if your partner will marry again? Will you let your spouse use your properties for his or her new family?

Starting from August 3, 1988, all properties that each own before and during their marriage are all considered to be conjugal properties. Yes, even if you are not yet married, the properties that your partner have is yours as well.

In this sense, prenup gives one a freedom and financial independence even if he or she is already married. That is why you must have heard celebrities getting their prenup before they tie the knot. Unfortunately, there have been a lot of misconceptions about prenups.

Few of the craziest prenup

Some fun facts from The Talko, here are their “14 Celebrities And Their Insane Prenups”. We picked up some from that article to lighten up our discussion about prenup:

After reading through some topics about prenuptial agreement, have you thought of getting a prenup? Should you or not? Let us see:

Why should you not have a prenup?

Why should you have a prenup? 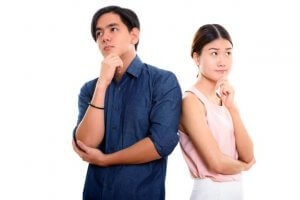 Prenuptial agreements may sound promising to others and annoying to some. We are coming from different context, stories, and background. A prenup might have worked well for other marriages, but it does not assure us that it is for all couples.

As what experts would argue, prenup is not for everyone. Some people believe that they do not have any reason to get a prenup at all. They do not have enough properties to protect. It may sound funny, but with the current situation of our country where many people are living below the poverty line, you can not push them to get prenup. They have many things to think about than getting a piece of paper that they will mind for the rest of their lives.

On the other hand, people who have many reasons to go for having prenup should not be judged as well. They have their own perspectives on why is it essential for their relationships. We are not in their shoes to think and feel for them.

At the end of the day, you get to make sure that whatever decision you will be making, be it prenup or other things, will do more good than harm to your relationship.